posted in Blockchain Tycoon on Feb 19, 2020 by Wamill Games

Hi everyone, as you might have read in the previous posts, Blockchain Tycoon is being redesigned right now and it is not ready for phase 2 yet. Development of the new prototype is going great so far. The plan is to create a simple prototype with all systems working properly to test the systems and balance the game accordingly. As soon as this process is finished, game will be in playable state and the new version will be uploaded to Steam. While waiting for the new version, you can read the development blog to learn more about the process.

Overclock is setting the clock speed higher to get more speed from a GPU. More speed means more power consumption. This is where the undervolting comes in. Undervolting is decreasing the voltage used by a GPU to consume less power. In the mining world, higher clock speed for a GPU means more hash rates and low power usage means reduced electric bills. Each GPU is unique in its way when it comes to overclocking and undervolting. Miners try different values to find out the optimal values to apply to their GPUs. You have the option to have maximized clock speed as long as the PSU connected to the GPU is adequate enough for such power usage. If you also want to have more power efficient setup, you can decrease the power target of GPU to make it consume less power. Keep in mind that undervolting slightly decreases the hash rate. Here is an example values for a GPU with and without overclocking:

What is the downside of overclocking? It affects the device lifespan. The more you use the GPU overclocked, lifespan of GPU decreases slightly. Every model and manufacturer is different when it comes to overclocking performance. There is also change that GPU breaking beyond repair if you apply overclocking values that the GPU cannot handle. Another subject to consider when talking about overclocking is the cooling. More power means higher temperatures. You have to have cooling to apply higher clock speed values. New version of the game will offer two cooling solutions. One for applying to the shelf and one to apply to the room. There is also a tool for applying overclock values to multiple units at once.

One of the important things that will change in the “Phase 2” is warehouse staff. Staff management will be more detailed and some of the actions will be done by the staff. Things you can do with the staff are: 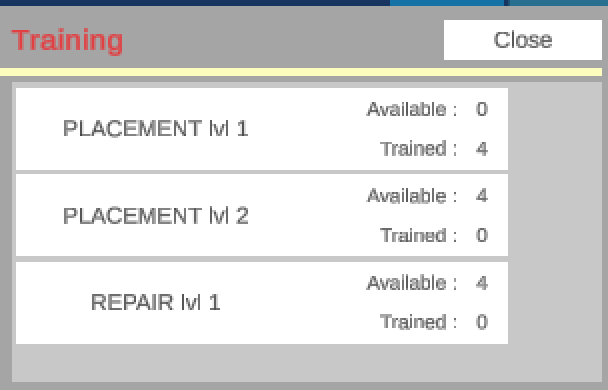 Feel free to share your suggestions in comments, discussion forums or by sending an email.